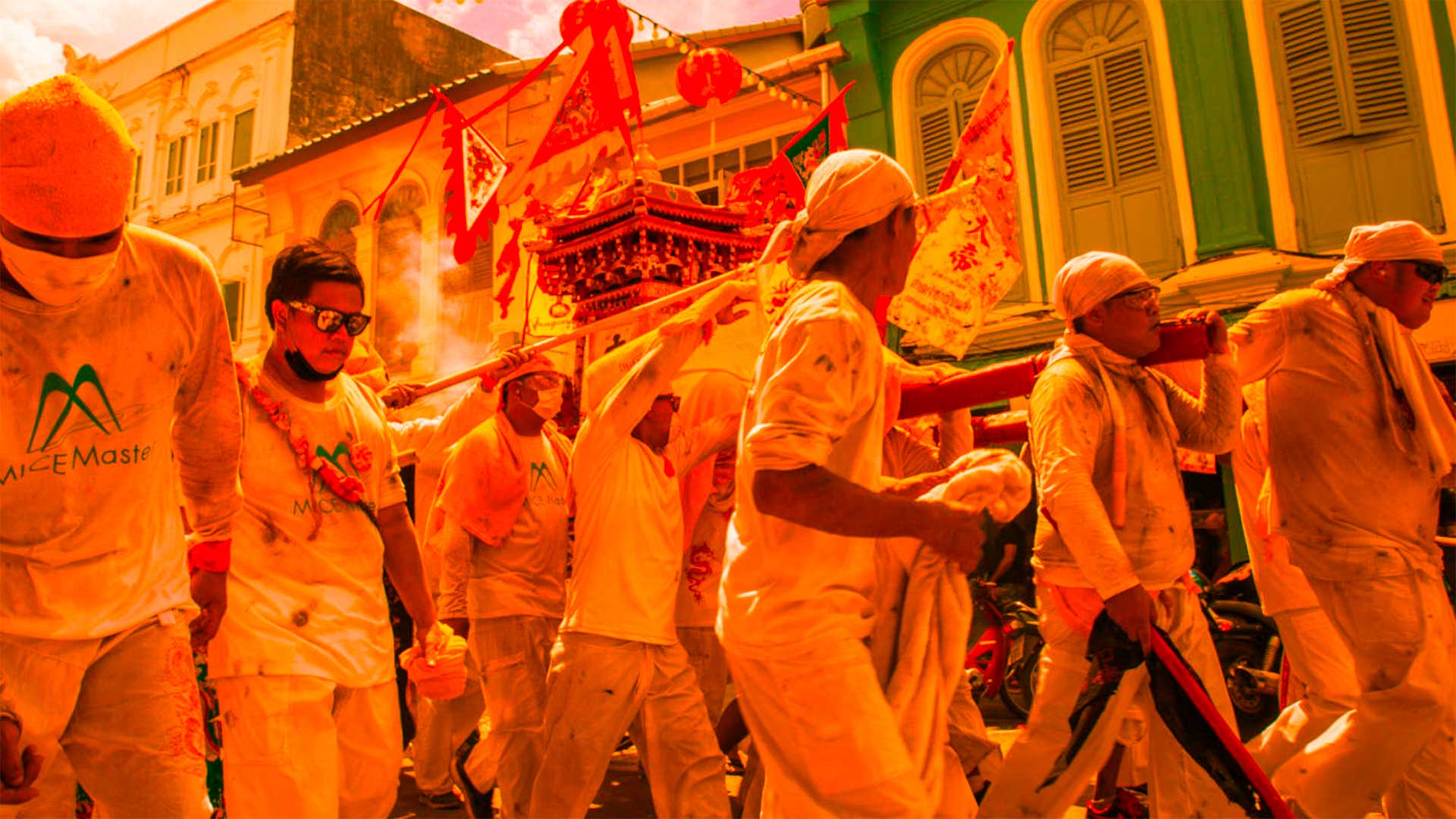 Warning from Pattaya hotel industry boss of a Chinese takeover, loss of income to the economy

The Minister of Tourism and Sports, Mr Phiphat Ratchakitprakarn, last week talked of a nationwide reopening to foreign tourists without quarantine based on the kingdom achieving herd immunity as defined by the Thai government. The minister also raised the prospect of resurrecting the old travel bubble concept or allowing entry from countries with high vaccination rates and low levels of infection from the 1st of January 2022. In Phuket, a hotel industry representative has called for the relaxation of alcohol restrictions which are turning off prospective visitors from booking holidays.

A leading hotel and tourism industry leader in Pattaya has warned the government that many property owners are on the verge of selling out to foreign investors, particularly in China, as prospects for a recovery of foreign tourism are again receding. Mr Phisut Sae-khu of the Thai Hotels Association said such an outcome would mean a permanent, ongoing and irrecoverable loss to the wider Thai economy going forward. It comes as the reopening of Bangkok to international tourists without quarantine has been pushed back until November because of a lack of progress in the kingdom’s vaccination drive while hoteliers throughout Thailand struggle to find the resources to keep their businesses afloat.

A top hotelier in Pattaya has warned that unless normal conditions for tourism return, many of the hotels in the resort city face being snapped up by Chinese investors waiting in the wings.

Phisut Sae-khu is the President of the Thai Hotels Association for the eastern region of the kingdom.

His call comes as the result of a nationwide survey conducted by the Thai Hotels Association and the Bank of Thailand has shown that while 9% of hotels have already closed permanently, 52% are shuttered including those temporarily closed.

The research also shows that a late-year pickup in foreign tourism, which had been expected but now looks less than likely to materialise, has seen 62% of hotel owners desperately looking at ways of cutting staff and overhead costs.

Last week, the Minister of Tourism and Sports, Mr Phiphat accepted that unless the current outbreak of COVID-19 sees infection numbers fall below 10,000 per day, then it is unlikely that Thailand will achieve any more than 300,000 foreign tourists this year despite the convoluted sandbox schemes which the Tourism Authority of Thailand (TAT) is proposing in an effort to target up to 1.2 million visitors in the fourth quarter of the year, which begins on October 1st.

On Friday, the Centre for Covid-19 Situation Administration (CCSA), meeting under the chairmanship of Prime Minister Prayut Chan ocha, decided to leave in place the continued regimen of measures against the virus in high-risk areas including Bangkok.

This includes a nightly curfew in 29 red zoned provinces, as case numbers were reported as still persistently high by public health experts relying on scientific analysis.

It has already been confirmed that Bangkok will now not be reopening to foreign tourists in October with the date for this being pushed back to November 1st as the city’s vaccination rate lags behind required targets and measures must still be coordinated with local authorities.

‘The plan for Bangkok is more challenging as it has extended territory covering vicinities that require more elaborate standard operating procedures,’ said Thailand’s Minister of Tourism and Sports Mr Phiphat on the matter.

As of September 9th, 16.2% of the population in Thailand has been fully vaccinated with 36.8% or 26.3 million having received a first vaccine dose.

Tourism minister heralds January 2022 for nationwide reopening without quarantine with herd immunity but what does it all mean?

Last week, at a meeting between the Ministry of Tourism and Sports and the Tourism Authority of Thailand, the minister suggested a fuller reopening of the country to foreign tourism without quarantine from January 1st 2022 but did not make clear what he meant by this statement except to say that it was dependent on the country achieving herd immunity as defined by the Thai government.

The minister appeared to imply a wider definition of quarantine free entry when he talked about resurrecting the old concept of ‘travel bubbles’ between countries, with proven low infection rates, a scheme that has never been implemented before.

In recent weeks, the term ‘herd immunity’ has been debated by scientists worldwide as it has increasingly become clear that the COVID-19 virus and its emerging strains, particularly the Delta variant, have pushed the theoretical requirement to achieve herd immunity to exceedingly high levels requiring 90% to 95% immunisation from the disease among the population and even then, some scientists suggest that it’s inherent ability to adapt means that it is increasingly unlikely that such a condition can practically be achieved.

In August, William Hanage, a renowned epidemiologist at the Harvard T.H. Chan School of Public Health, gave his analysis: ‘The focus on ‘herd immunity’ has, in my view, been quite damaging. It presents people with an unrealistic vision of how the pandemic comes to a close and doesn’t account for the evolution of either the virus or the nature of the disease in reinfections.’

However, there is hope as many experts such as the Mayo Clinic’s Greg Poland suggest that the virus will become seasonal and very much like the flu although updated vaccines may be required.

‘If we are lucky, what is likely to happen is that this will become something more akin to influenza, where we will always have it,’ he explains. ‘It’ll become more seasonal, just like the coronaviruses that are already circulating, and we will just have to keep immunising.’

The other key question for prospective foreign tourists coming to Thailand is what will tourism without quarantine mean?

Or to put it another way, will the Certificate of Entry system be retained as well as government control over accommodation through the Safety and Health Administration (SHA) Plus system and other restrictive measures?

This week, the government mooted rescinding the Emergency Decree and replacing it with a new law in November tailored to the public health emergency but Deputy Prime Minister Wissanu Krea-ngam suggested that this may involve a new and even larger administrative body to replace the current Centre for Covid-19 Situation Administration (CCSA).

Even some of the ‘new normal’ restrictions would still mean a serious impairment on the kingdom’s ability to achieve anything like former levels of foreign tourism, inflicting further pain on an industry whose prospects are increasingly facing permanent long term damage despite a diminished demand that is still there from overseas.

This damage will come in the form of the shifted behavioural patterns of former regular foreign tourists to Thailand, the loss of foreign tourism infrastructure and past environments as well as the loss of market share to other world competitors in the industry and among travel agents.

The nationwide survey of hotels conducted by the Thai Hotels Association and the central bank showed hotel occupancy rates nationwide at just above 10% in August, a tick up from 9.6% in July.

38% of respondents on the holiday island of Phuket told interviewers that the level of visitors was below their expectations while 35% said the current level of business was predictable.

Nationwide, a whopping 58% of hoteliers told interviewers that their income was below 10% of that seen in normal years while for a further 17%, it rose to 30%.

Marisa Sukosol Nunbhakdi, the national President of the Thai Hotels Association, revealed that the number of active hotels had risen from 40.1% in July to 48.4% in August.

She explained that this came about through a move by hoteliers in Bangkok towards long stay guests and the Phuket Sandbox scheme.

The survey returned a very disappointing figure for the Samui Plus Sandbox initiative in Surat Thani province where hotel occupancy rates, at the moment, are just over 4%, a clearly unsustainable situation.

Meanwhile, Mr Phisut in Pattaya has called upon the government to sit up and smell the coffee at the threat that is looming over the sector.

He says that without tangible measures to help financially troubled hotel owners in the resort city, many will sell to foreign investors, in the main, from China.

He warned that this would see large amounts of revenue, previously earned by the Thai economy, flow out of the country.

He has called for measures such as a suspension of loan repayments by hotel owners to banks as an essential requirement to avoid what is shaping up to be a catastrophe as plans to reopen in October to foreign tourism appear less than promising.

Earlier this year, in February, the Finance Ministry revealed plans in association with the Bank of Thailand, to launch an asset warehousing scheme that was particularly aimed at the country’s foreign tourism industry and preserving its vital infrastructure.

A budget of ฿100 billion had been earmarked for this scheme with an estimated cost, at the outset, at between ฿30 to ฿50 billion according to a source with knowledge of discussions between the bank and the Finance Ministry.

That was before the more severe outbreak of the third wave of the virus which emerged in April and the Delta variant which drove infection numbers up to unprecedented levels between mid-June and mid-August causing the government to suffer even lower revenues and a larger outflow to prop up the domestic economy despite a ฿500 billion additional loan facility in May.

In Southern Thailand where the Phuket sandbox has been opened since July 1st, the current room reservation rate is running at 10% to 15% per month with the hope that this may rise higher in the final quarter of the year.

‘These hotels had room reservation rates at 10 to 15% this month,’ said Mr Kongsak Khoopongsakorn, the President of the Southern Chapter of the Thai Hotels Association. ‘I believe more hotels will gradually reopen by this December as regular guests are expected to start coming back. The reservation rate is also expected to rise to 20 to 30%.’

The local tourism boss has also urgently called on the government to moderate the restrictions that are currently being imposed on serving alcohol to guests.

‘The government should consider that alcohol isn’t the key factor driving infections. All tourists want to come here to relax. If alcohol remains restricted, they may consider going to other countries,’ Mr Kongsak declared.